The boys of Newfangled 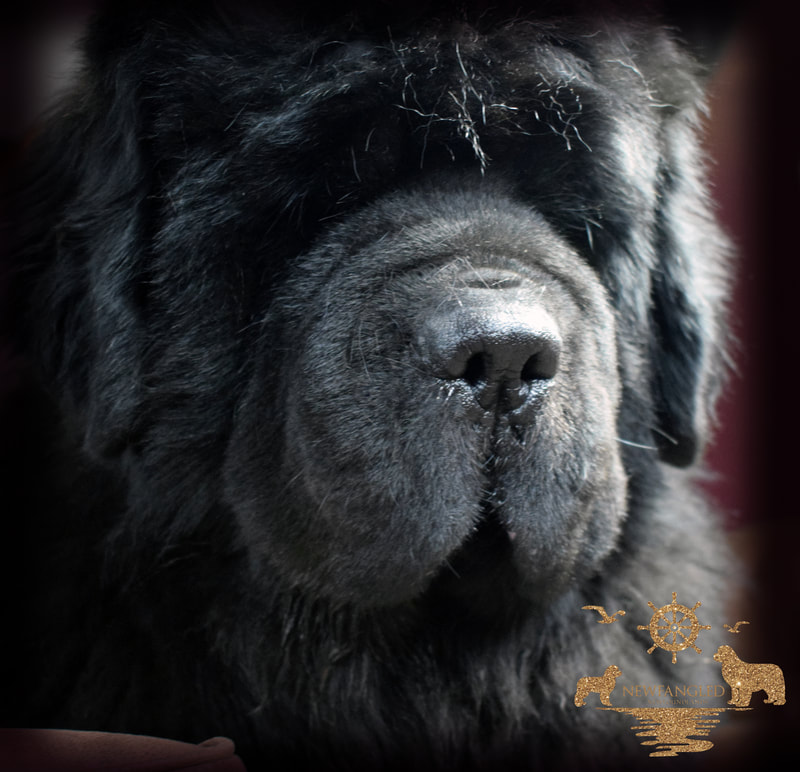 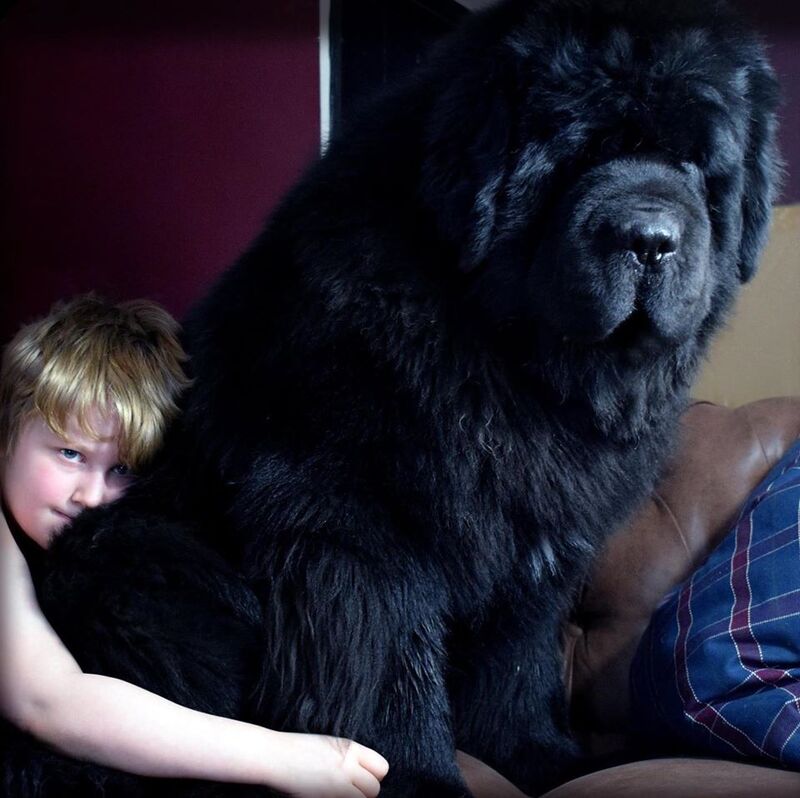 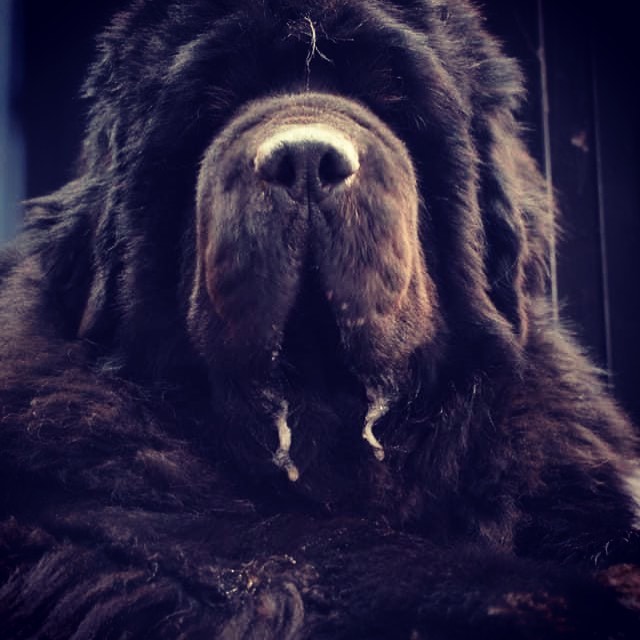 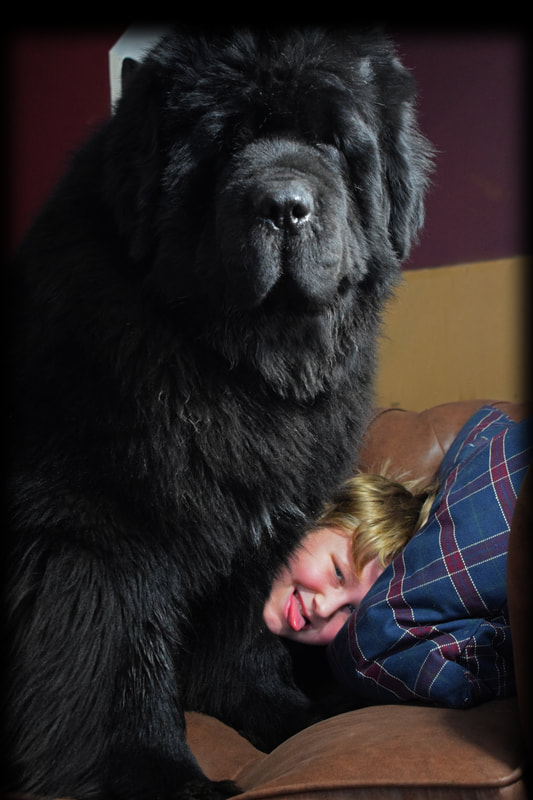 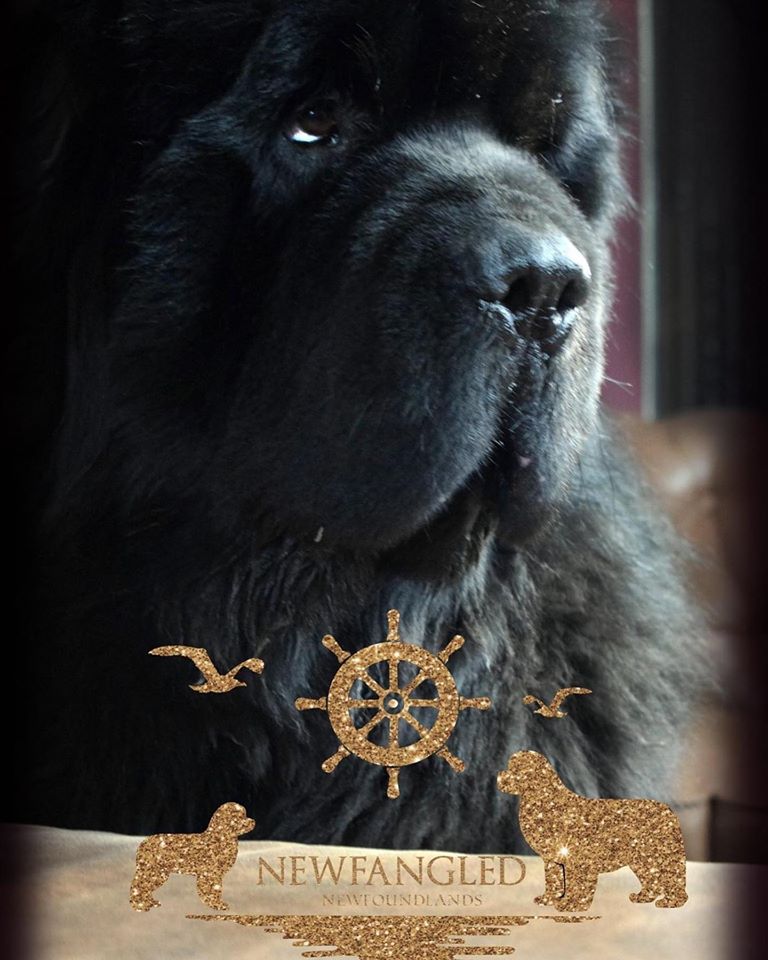 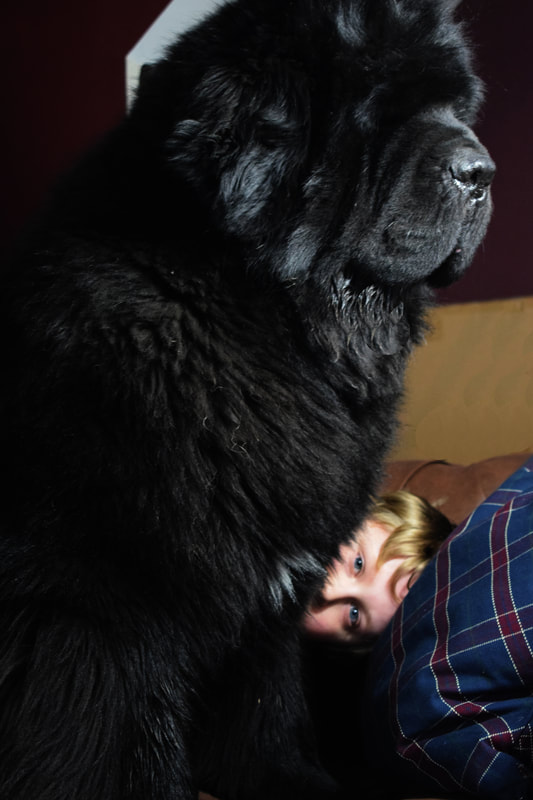 Dom is all Newf!! To me, he is the epitome of every single aspect a Newfoundland should be.
He is gentle beyond words but with a silly streak that only comes out when you ask for it, a true gentleman.
He is never more than two feet away! He certainly wouldn't do well if dogs had to social distance! On a walk, he is with me or just a call away! The only Newfoundland that will recall every.single.time. He lacks much of a stubborn trait and I feel that is because he's oh so eager to please trait took over. I can't describe to you what this beautiful boy means to me, He is just special!
Dom came from the very 1st litter I ever bred (Inkomo untouchable at newfangled/Baranova Three cheers) Both have incredible temperaments with bags of beauty and bone! I could be Bias but I believe he took the best from both... Did I mention he is special?
I fell in love with him when he was about a minute old and although i told myself i would keep a bitch from this litter i also knew that my the heart was winning and no matter what my head said at 8 weeks (When we evaluate type and temperament- for Showing qualities and to find the most suitable homes/family for each puppy) He was staying and that was that. As a baby he just had that face, that huge bone and that laid back "Do I have to?" Personality that i adore.
He really took one for the team when the "Puppy uglies" hit! He looked like a labrador had a baby with an Irish wolf hound!!! He was that fine line between cute and ugly! However, he eventually and VERY slowly came back together and became what he promised he would be as a baby,  a big-boned beautiful well coated Newfoundland who stole my heart and the heart of anyone who met him.
I didn't focus on showing him for the above reasons and other than the odd show to test the waters he didn't really come out until Crufts 2020 with little to no training at 3 and a half years he and I both winged the hell out of it in Post graduate dog and my goodness the bugger won his class! I couldn't be more proud of him and everything that he is. 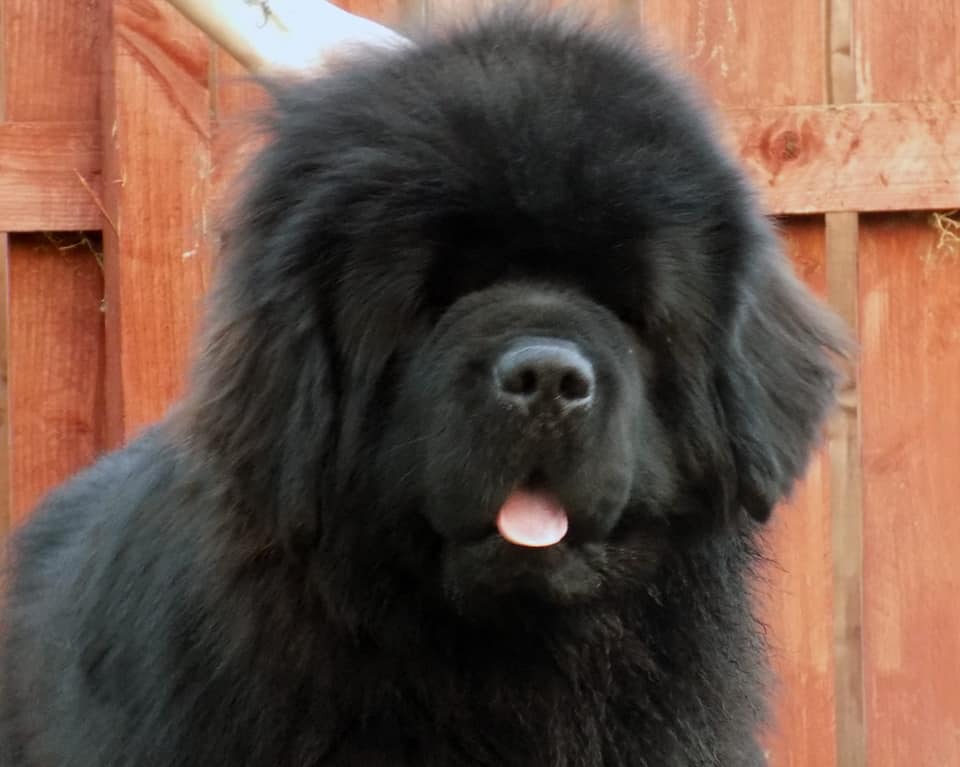 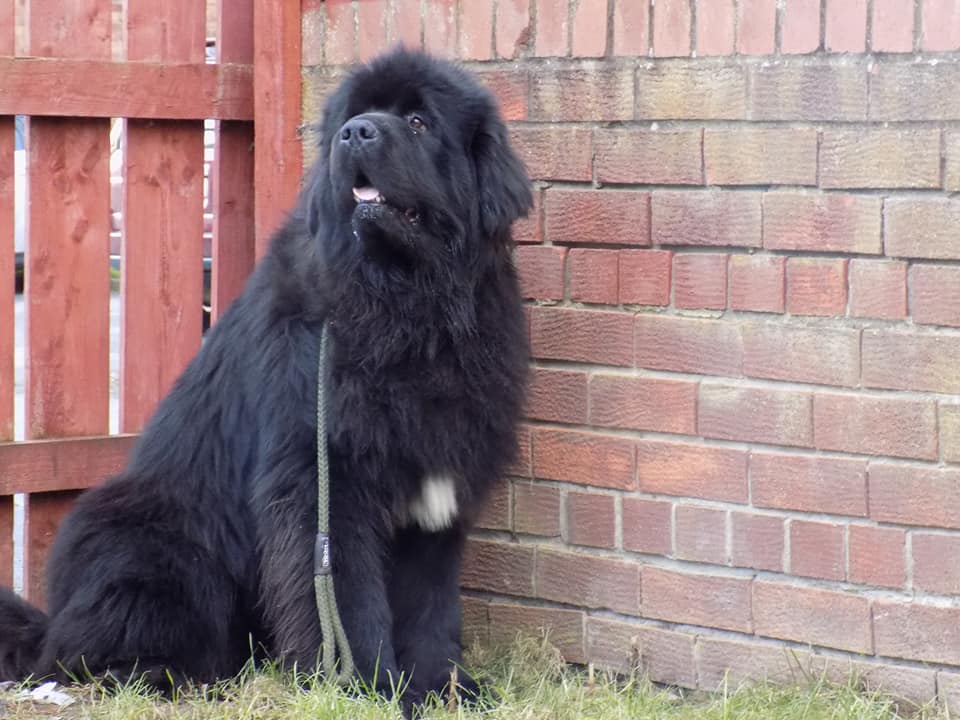 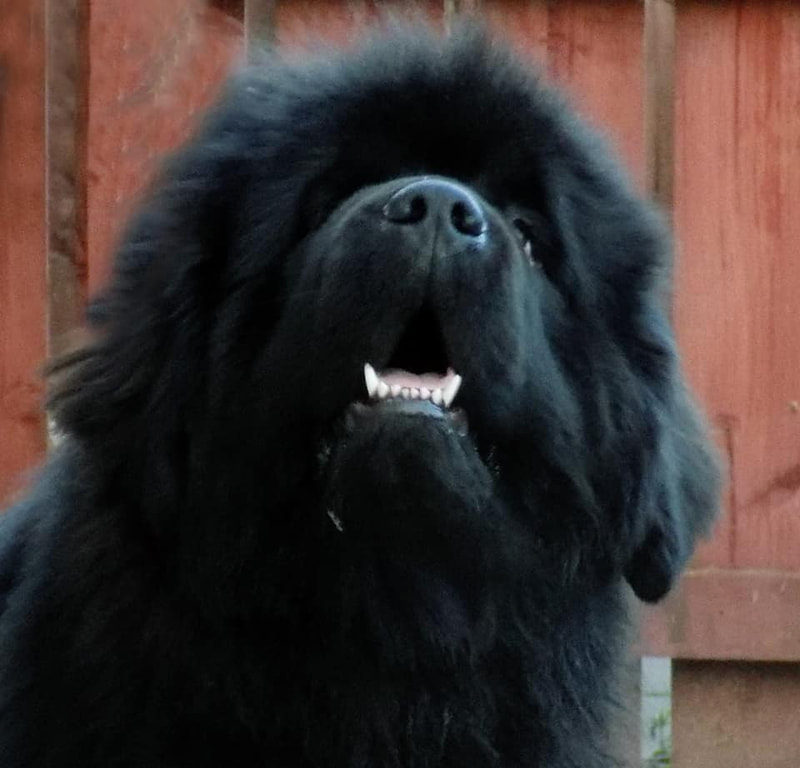 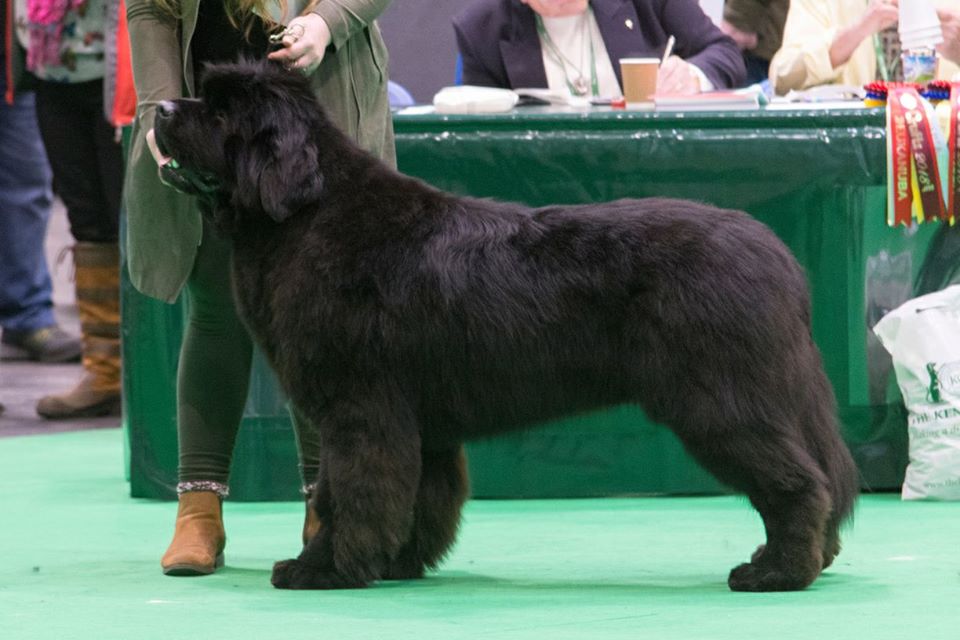 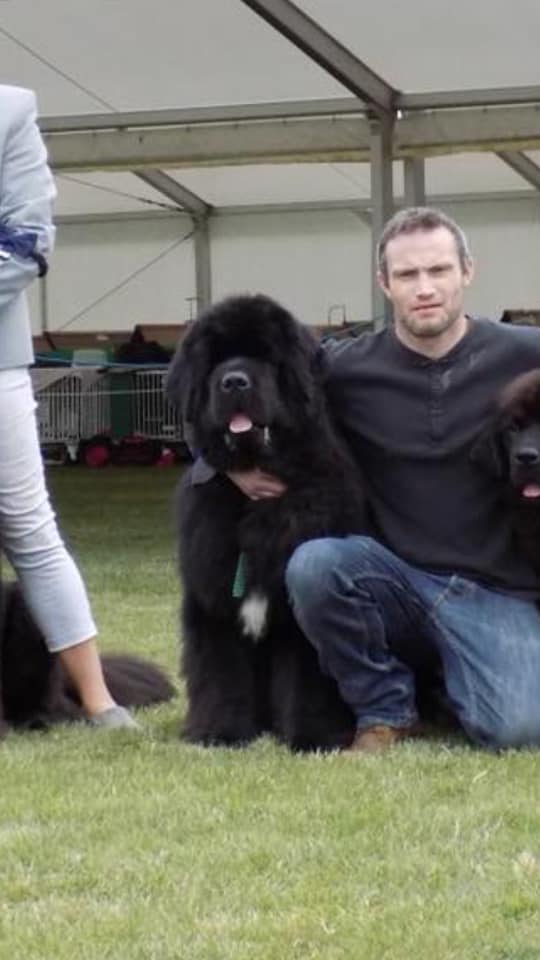 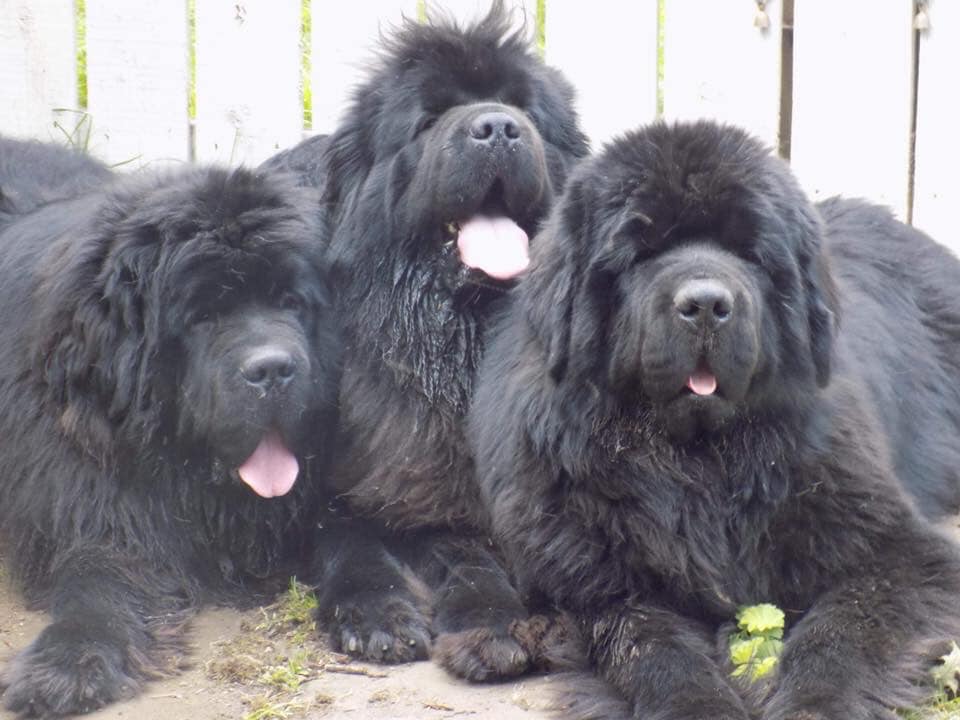 Piccolo is Co-owned by ourselves and his momma Kelly Boyle who lives in Sunderland. Piccolo was the "Show pick" Of his litter, my 1st litter and he is Doms litter brother, since I had already decided Dom was staying and I didn't want to have two litter siblings being raised together (Litter sibling syndrome is a real thing) we put him on co own with a friend who lived just next door at the time, ideal!! That way I could show him and still see him every day. He was the 1st Newfoundland that I had bred that I took into the ring. I also dragged along 5 others who had siblings from the litter and we had such a fun time! Piccolo and I spent so much time together showing when as a puppy/junior before we moved from Sunderland. He and I will always share a special bond. He was once described as a "Chocolate box" Puppy which to me is one of the highest compliments you can be given by championship show judge.
Piccolo is the happiest Newf alive! He really is a ball of excitement and love. His mum Kelly describes him as a Nutter, I always joke that he should have come out brown! (Browns are often lovingly referred to as the nutters of the Newf world) Despite Kelly being a fully fledged "Cat mom" She took to owning a dog like, well, A Newfie to water! She adores Piccolo and everything the breed has to offer.
Of course he isnt always silly and he does settle down into a gentle typical Newfie after the initial excitement and his need to make the biggest fuss over anyone who will take it.
This happy-go-lucky little chap is so much fun and has bags of character, We love him very much. 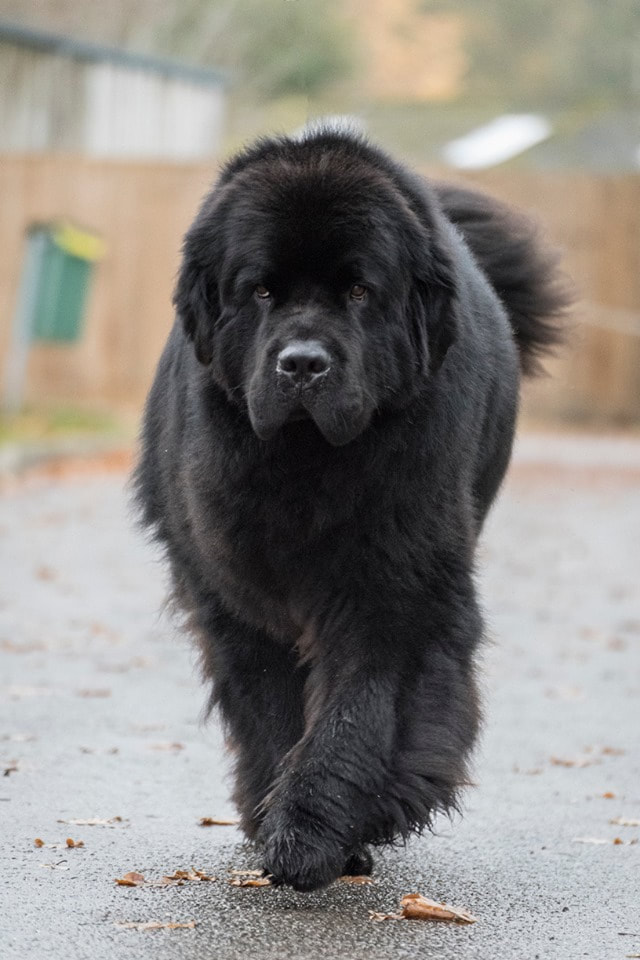 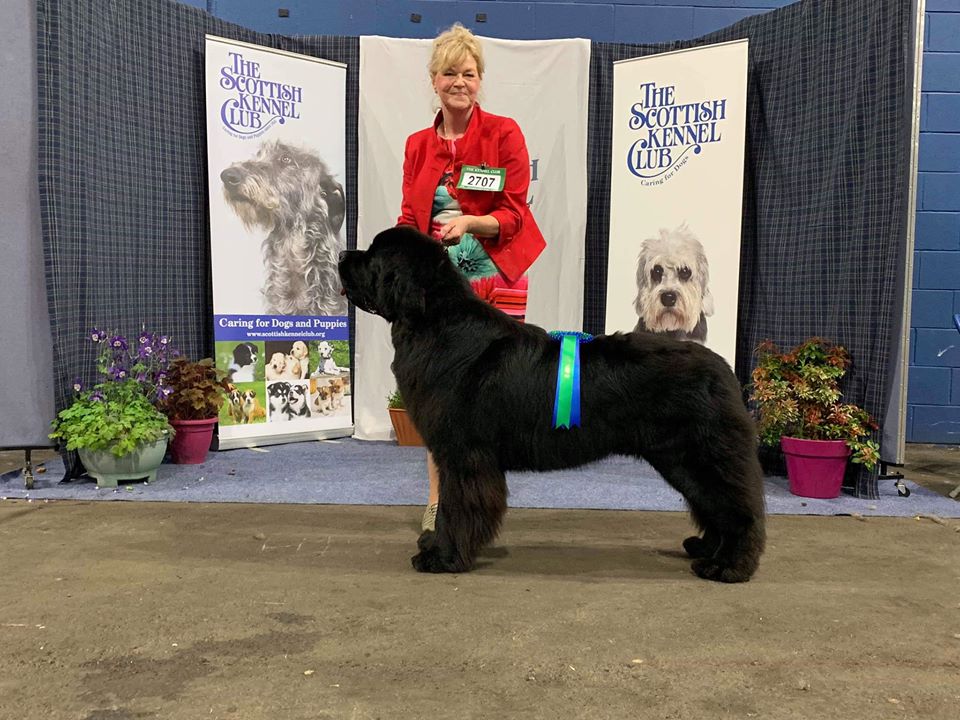 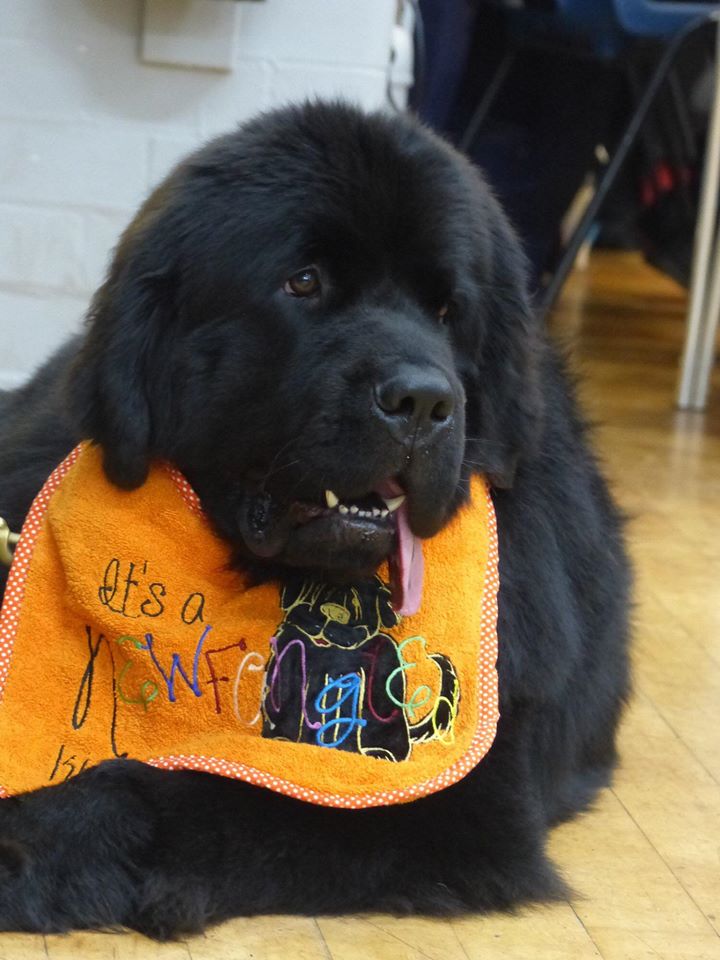 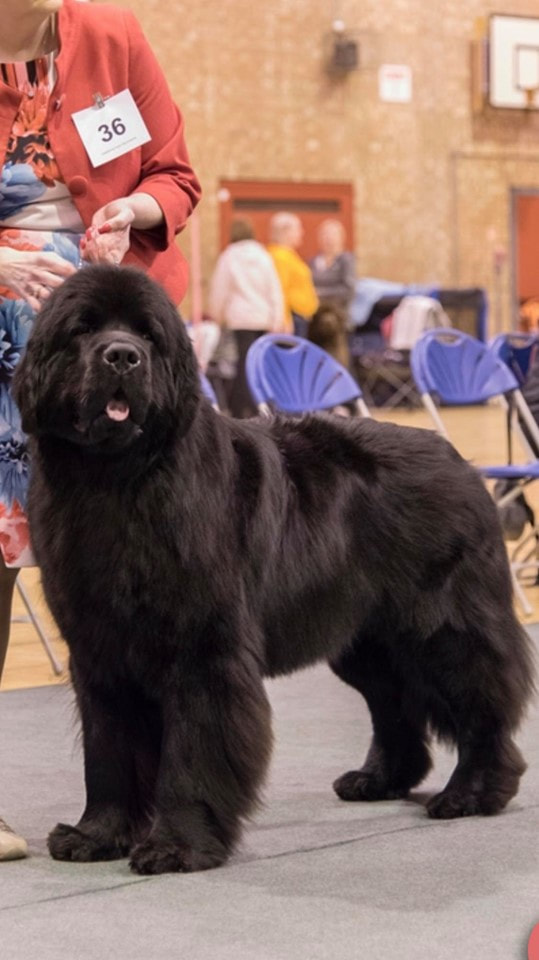 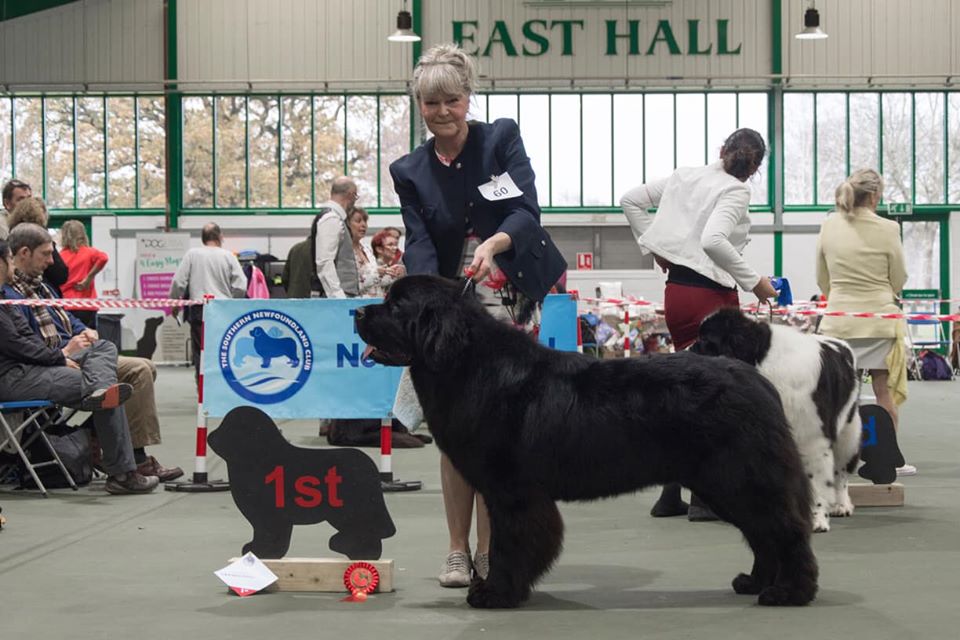 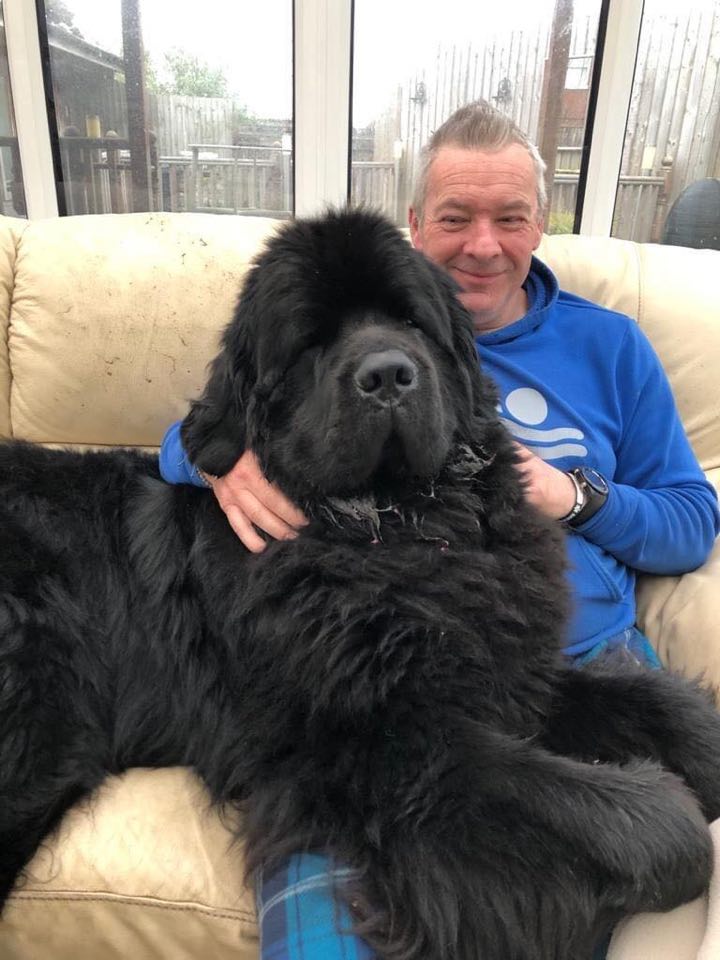 
Stryker is co-owned with us and the lovely Helen & Bob Hudson in Blackpool.
He was a puppy from my 2nd litter, the litter that I swore I wouldn't keep a boy from (Because I had kept Dom & Piccolo and wanted a girl) but Alas, he just HAD to be part of the Newfangled Show team! Now the task came to find him a co-own home! I had someone in mind from the show world but the problem was that I didn't really know her all that well, I just knew she was a special kind of doggy momma and I had a feeling that he belonged there...I spoke to a mutual friend to put out some feelers the same day that I decided he would definitely be "Staying" then I got a message saying "I believe you might have a proposition for me?" hehe!! At the time we were visiting another dog friend, we had Dom & Piccolo with us for health testing and of course the then named "Mr. Red" who I had taken along so he could be evaluated by our friend and his sire's owner. We got up early the next morning to take the boys for their hip & Elbow scores which weren't too far from Helen & Bob in Blackpool. I messaged Helen if she was free for us to pop in for a coffee and a chat, I think the fact that we had Mr. Red in tow was the clincher! Of course, they were absolutely smitten with him within seconds and after a brief chat and my threatening "If he comes home with me now he will have to stay because I'm falling in love" His fate was sealed and the rest is history!
I sobbed all the way home but I knew he was where he was meant to be
Stryker is a perfect balance of fun and Chill, he is extremely sweet with a perfectly typical gentle Temperament. Helen & Bob have done such a beautiful job at socializing the boy I once called "The Devil Dog" haha! He was such a feisty little man, but aren't all the best showman!

I love watching him in the ring with Helen, they are fluid and work beautifully together. Stryker is so light on his feet with effortles power in every stride. I have seen them both grow in confidence over the years and I am in absolutely no doubt that it was fate that brought them together. I can't wait to see him once he is fully mature.
It's a long-running joke now that I'm only a litter or so away from becoming the Newfie Stork again, A threat I'm sure Helen and Bob don't mind one bit!

Stryker is also a little bit famous due to his dad's facebook videos! He even has his own voice! Something you will have to check out here.